Why Ford is Better than Ferrari…

It was 1963, Enzo Ferrari was in a mood to sell a large stake in his little car company.  He had his eye on Ford, and made the overture.  Henry Ford II responded, and a deal was struck. 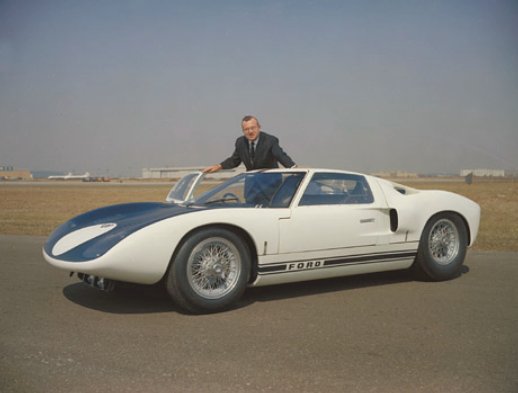 Each had their motivations – Ferrari wanted cash for racing, Ford wanted the prestige that would come with Ferrari’s racing success. And, that’s about when the wheels came off the cart – a very fast cart, no longer being pulled by a prancing horse… Unexpectedly, Ferrari had announced that he didn’t care for the final terms offered by Ford – and by some accounts, they were both more than a little bit pissed off about it.  So, Henry II would need to find a different path by which he could establish his company’s sporting credentials – and the racing world would be better for it.

Ford contracted with small British sports car builder, Lola, to provide the first chassis – it was, more or less, a Lola MK6.  It would be powered by a Ford V8 and it would be called the GT40 (it was 40 inches tall). 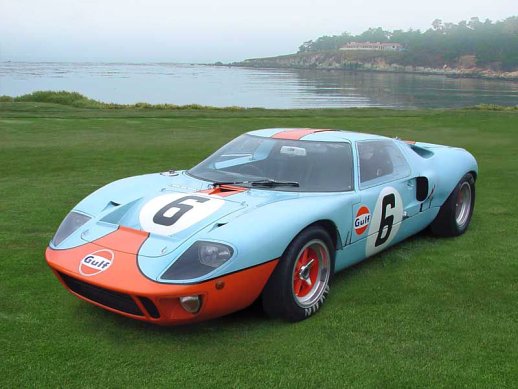 Victories didn’t come easily.  At first, the cars didn’t work so well.  They suffered from poor reliability in the hands of future sports car racing legend, John Wyer (all those Gulf Racing Mirage’s and Porsche’s were also his), and eventually the GT40’s made their way to Carroll Shelby, in Texas – yes, that Carroll Shelby.  And yes.., before we saw anything that looked like a Mustang with Shelby’s name on it. 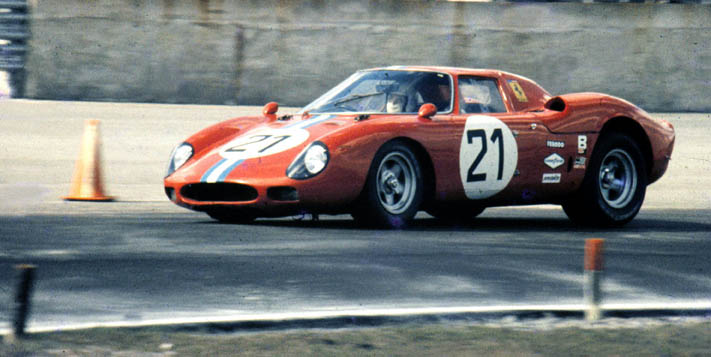 Ferrari 250LM – The Last Ferrari to Win at LeMans

In 1965, Ferrari would win LeMans, for the last time, with the gorgeous 250LM (would it have been a Ferrari / Ford?).  From 1966, the GT40 won 4 consecutive 24 Hours of LeMans (First with Shelby and then with Wyer), beating some of the baddest sports prototypes ever.  And, dare I say it? – embarrassing Ferrari. As all this Ferrari sports car crushing was going on out in the French countryside, Ford would also agree to fund development of the most successful Formula One engine ever – The 3.0 liter, V8, Cosworth DFV.  Lotus, McLaren, Brabham, Williams,Tyrrell and others, all became Ferrari killers with the DFV. As distinctly European as sports car racing and Formula One are, Henry Ford II and Carroll Shelby had managed to put their fingerprints all over both of them – Bravo, America!!! and, if you haven’t heard, Don’t Mess with Texas…

Todd Butler, the former Oregon Region SCCA Road Race Director, called me a few months ago and asked if I would again “help” with the Driver Licensing School.  I, against my better judgment, agreed to show up and take credit for anything good that happened under the condition that Bruce Wilson did all of the work.  I knew, under any circumstance, that if anything went wrong I could, with a clear conscience, blame it on Todd.

So, the 2010 Oregon SCCA Driver’s School is history and nothing went horribly wrong – Todd is seemingly safe.  As a matter of fact, contrary to thinly veiled concerns by almost everybody else involved, I think that when all was said and done, even the Stewards and Chief Officials were happy with the result.

A clue to the problem with having me run something like this is that I left the corporate world some 20 years ago.  The reason I left was that I just don’t always get along with the other kids – even then it was obvious that it would be best if I just worked alone…  And this isn’t really one of those “work alone” deals.

So, Bruce organized the instructor corps and then (because, I think, Bruce doesn’t need the grief), he just let me do my own thing.  He brilliantly had managed to get us a bunch of guys (and a girl) that I could work with (read, would put up with my crap).  This became important when I decided that “the way we always do it” wasn’t the way we would be doing it this time.

For example, in the past we’ve assigned one “instructor” to one or two students with whom they would work independently for the entirety of the school.  This kind of worked sometimes, but I had concluded that this was mostly by accident.  I wanted a system in which nobody could slip through the cracks.  The solution was to have the entire instructor staff available to work with any (and all) of the students from the first session.  For this to succeed I needed eyeballs outside of the cars observing the entire process – so, that’s what we did.

Admittedly, the first “On Track, Lead / Follow” session started in a way that didn’t appear to make sense to anybody but me – I knew exactly what I wanted, though.  Grid Goddess, Julie Winslow, can be forgiven for spending the half hour following the first release of cars from grid searching for a guillotine.  Don’t deny it Julie – I speak a small amount of French and still have friends at the local shops that secretly sell such things…  Trust me, when I say to you that my plan made quite a bit of sense to me…

Mark Whyman fast and safe in the 996 - http://camdenthrasher.com/

Anyway, everybody got out (mostly with instructors that know what lead / follow means), and the observation crew got on with the observing part.  Jonny Davies was planning on being an instructor to his Crew Chief (mine too) Garth “Crusher” Levin, anyway.  2009 success story, Mieko Doi-Olson had agreed to come down the night before to talk to the new racers about what had helped her obtain her racing license last year.  And Fenn Bourland, the Spec Miata equivalent of Evil Knievil (could try to jump a Miata over the Snake River Canyon and live to tell) also skipped his regular tee time to pitch in.

I could go on and on about these three (not a stooge amongst them).  Jonny has an eye for minute detail that still boggles my mind. Mieko is so enthusiastic about the sport that she has developed an ability to see important things that most seasoned veterans miss.  Fenn is not only a great communicator, but has an uncanny ability to make people feel (and look) fabulous.

We took notes and discussed plans of attack for our crop of prospective racers.  Very early on we were able to focus specific attention on those that could benefit.  The “on track” instructors responded well to the new format, as well.  Bruce had secured the services of Jim Murray (the new Road Race Director) who brilliantly shepherded the two “open wheel” students.  The numerous closed wheel students were attended to by Ken Sutherland, Gary Bockman, Will Schrader, Ken Olson (Mieko’s husband), David Conover, Tim Scott (Vintage expert) and Geoff Cochran.

The only guy I hadn’t met previously was David Conover, the NW Region Head Driving Instructor, (so he was likely pretty good).  The only other I hadn’t really “worked with” was Ken Olson.  I knew Ken from Mieko’s experience last year and was massively confident that he knows how (and when) to communicate – he never once interfered with an instructor that was working with his then fiancé.  Clever dude.

We put the best guys on track with those that needed visual feedback (like more lead / follow), and good examples to emulate.  We had mandatory post session de-briefs – Jonny, Mieko and Fenn all made that work.  By lunch time the first day we had a firm grasp of everybody’s capabilities, and some good ideas for how maybe to turn them into reasonable facsimiles of race car drivers.

Some of the students had come with cars equipped to accommodate an instructor as passenger.  The Road Race Director and Stewards had worked it out so that we could put an instructor in those cars during some sessions.  Jeff Gamroth (local Porsche guru and a pretty good wheel man) had a couple of customers out as students and asked to assist one of them as an instructor – no brainer.

I did become a bit nostalgic when two of the Stewards (Gary Van Horn and Jeff Neiss) approached me to ask (more or less) “What the hell are we doing?”  “We are building race car drivers, sirs….”

The end result was a bunch of Driving School students with big smiles and Permits to race – most took advantage of the opportunity.  I think the reason I say yes to “The School” is that I get a huge kick out of sharing one of the most important things I’ve enjoyed in my life.  It really is a privilege to drive a race car – and for many of us, it is a great challenge.  I have been able to enjoy racing experiences with family and shared successes and failures with some great friends.  So racing is also a kind of sacred thing for me – I suppose this makes us some sort of missionaries’…  It makes me happy to see others have the success I have enjoyed.

There are some great individual stories to tell that I hope to get to.  I am thankful to all that participated and especially those who helped some new ideas turn into racing dreams.