Tag Archive for The Dalles

Oregonians (and Washingtonians) love their Subaru’s – and we also have a thing for beer.

And what goes with beer?  Pretzels!!! 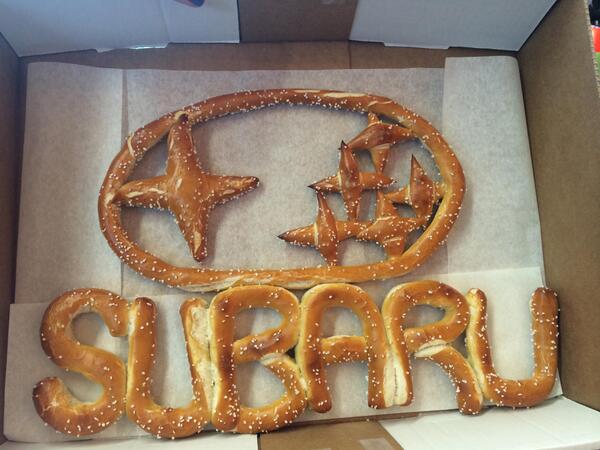 I’m a big fan of Subaru, and like all civilized men, I also like beer.  This thing is a work of art…

This type of dent is brought to my attention frequently.  This one ( for example), is at eye level, on the driver’s side and just behind the door – meaning that the owner gets to look at it every time he gets into the truck.

Because the crease caused by whatever fell on the truck is relatively “soft”, the repair could be done 100% using the “glue pull” method – remember those “Pops-a-Dent” commercials on cable TV from 10 years ago?  It turns out that those things can work sometimes – much in the way that home dentistry sometimes works…

I digress… If you have a dent in the cab of your truck, perhaps it can be fixed!!!